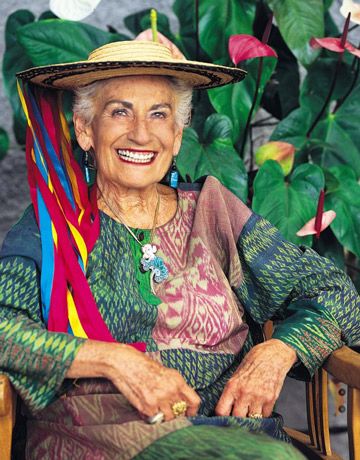 Susana Valeria Rosa Maria Gil Passo (1926-2010) was born in Argentina and received the type of education held to be appropriate for a girl of her social class. She learned to speak English before Spanish, her native tongue, and it was expected that she would become engaged and, after a suitable number of months, marry a young Argentinian of an equal status.

But Susana was an independent and determined girl and decided to work, forcing her family to accept this decision. So it was that, at the age of 22, she was working at the British Consulate in Buenos Aires when she met William Walton, the forty-six year old composer and British musical genius, who had come to Buenos Aires for an international conference of the Performing Rights Society. Susana had organised the press conference for the composer and he noticed, among the crowd of journalists, this young, attractive and vivacious brunette with large green eyes and decided there and then that this was the woman he wanted to marry.

That same evening, Walton surprised Susana by asking her to marry him; they were engaged within a fortnight, causing preoccupation both in her family and amongst his colleagues who could not believe in this love at first sight. Heedless of the comments of others, they were married two months later and departed for Europe.

Susana proved to be the ideal companion with whom Walton could put into practice his project to leave England and come to live and work in Italy. In October 1949 the couple established themselves in Forio di Ischia, and after the first years spent in rented houses, decided to buy a piece of land (a gorge of volcanic origin) and build their own home there. Russell Page, the famous garden architect and a great admirer of Walton’s music, was called upon to design this great wild space, bristling with rocks; but the realisation of his project, the supervision of all the work, the choice of plants, in short the creation of the marvellous estate that is today La Mortella, is entirely due to Lady Walton who for over 50 years has dedicated all of her legendary energy, her indefatigable enthusiasm and her passion and botanical expertise to her garden.

La Mortella was open to the public in 1991: Susana  transformed the property into a perennial monument to the genius and the personality of her husband, creating the ‘Fondazione William Walton’, which has the two objectives of promoting the culture of music and caring for the garden. Lady Walton then transferred the property of La Mortella to the foundation, that today runs the gardens, opens them to the public, organises concerts, music courses for talented young students, advanced classes and music weeks. Lady Walton continued to oversee the property and develop it with new projects untile her death in 2010. The last project she followed personally was the construction of a Greek theatre, a cavea open to the sea and planted with varieties of creeping thyme, whose stage can accommodate an entire symphony orchestra.

Lady Walton was decorated with many honours; amongst them an honorary degree in music from the University of Nottingham, the MBE (Member of British Empire) and the title of Grande Ufficiale della Repubblica Italiana. She has written two books: Behind the Façade, a biography of William Walton, and ‘La Mortella - An Italian Garden Paradise’, her history of the garden.

Lady Walton expired peacefully in her home at La Mortella on 21 March, 2010. Her ashes are buried in the garden, at the Nymphaeum.