The Victoria amazonica is the undisputed queen of the waterlilies. In its natural habitat, the enormous round leaves can reach six feet in diameter, while its flowers can grow to up to 12 inches in size.

The underside of the leaves, the stems, and the exterior of the bud are covered with tapered thorns. Thick veins filled with air criss-cross the underside of the leaves, allowing them to float. The flowers which rise up above the water are extremely fragrant and have an extraordinary manner of blooming: the first day they are white, and female; the second, they are red, and become male. The female flower opens at dusk and remains open until the late morning of the following day, when it closes. The male flower opens in the late afternoon, when the petals and calyx have become a red-purple colour. In one night the flower changes sex and color, until finally it sinks into the water and disappears.

The Victoria amazonica grows in the rivers which form the basin of the Amazon, and was discovered by a German botanist Thaddaeus Haenke in 1801. It was introduced to Europe, when Joseph Paxton, the head gardener of the Duke of Devonshire, was able to induce it to bloom in 1840, in a specially-constructed greenhouse. It instantly became a highly sought-after marvel. We are members of the “Victoria Conservancy,” an American association for the conservation of Victoria, which provides seeds and advice on its cultivation. Our tropical greenhouse, the “Victoria House,” contains a pool which is dominated by the “Bocca,” a sculpture by Simon Verity that reproduces the mask painted by the British artist John Piper on the curtain for performances of Façade (William Walton’s famous setting of poems by Edith Sitwell).

Inside the greenhouse, we cultivate orchids, bromeliads, aroids, and two splendid creepers: Strongylodon macrobotrys (from the Philippines) with emerald green clusters of flowers, and Thumbergia misoriensis, with its red and yellow flowers. A scale reproduction of “Victoria’s House” was presented at the La Mortella stand in the Grand Marquee of the Chelsea Flower Show in May of 2000. 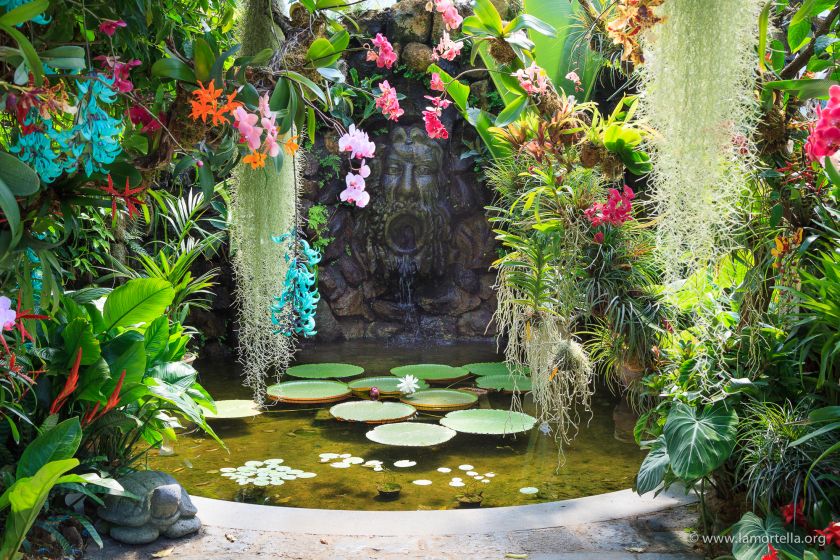 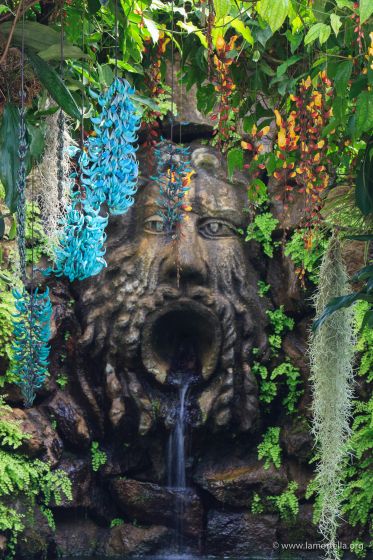 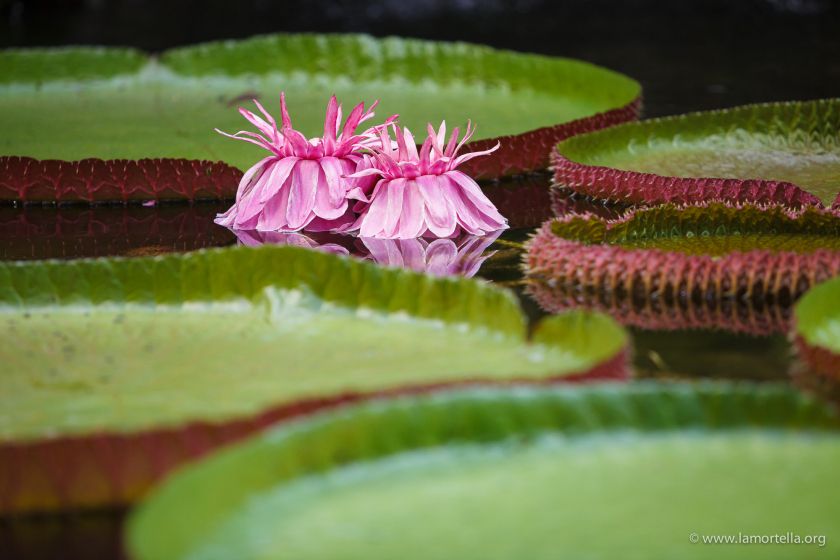 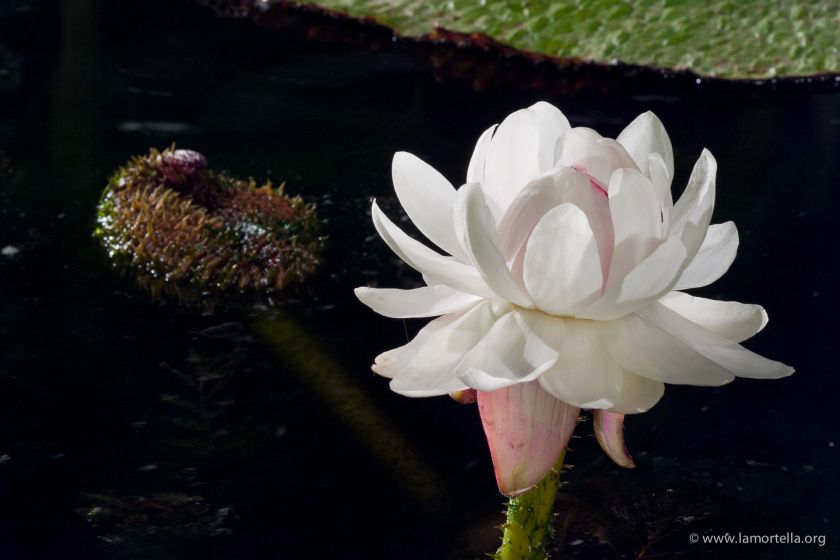 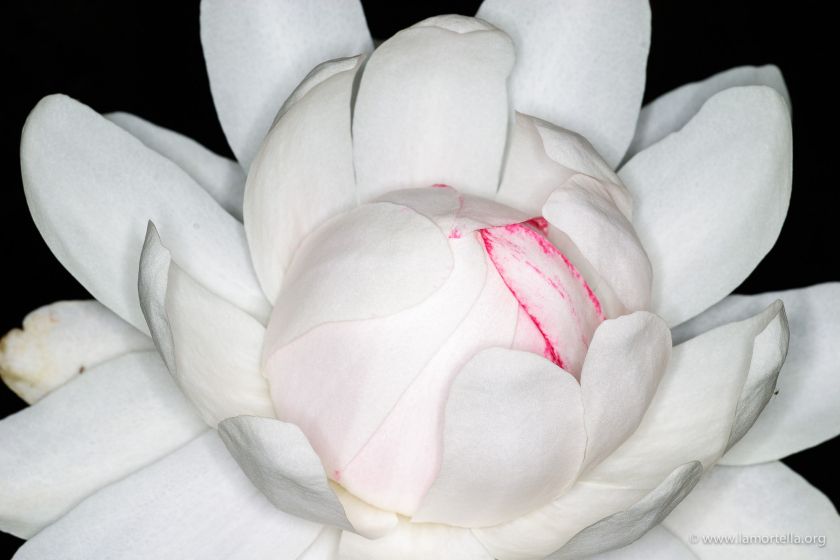 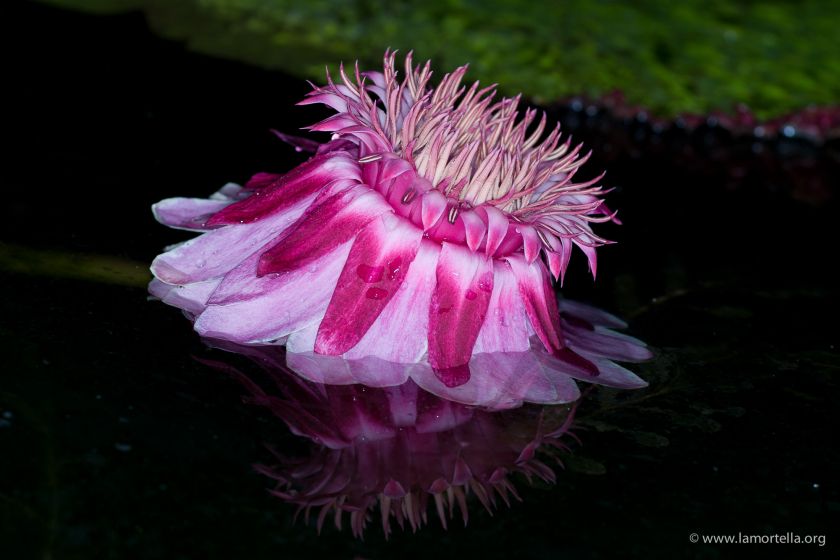 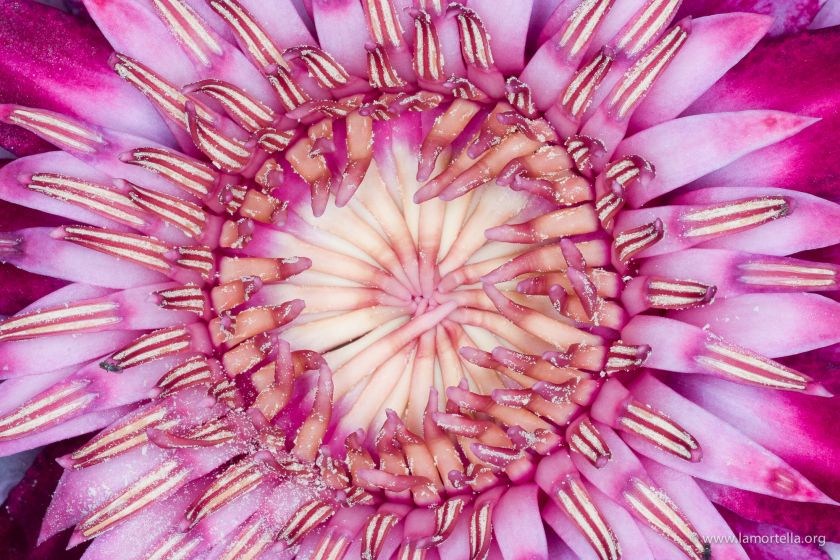 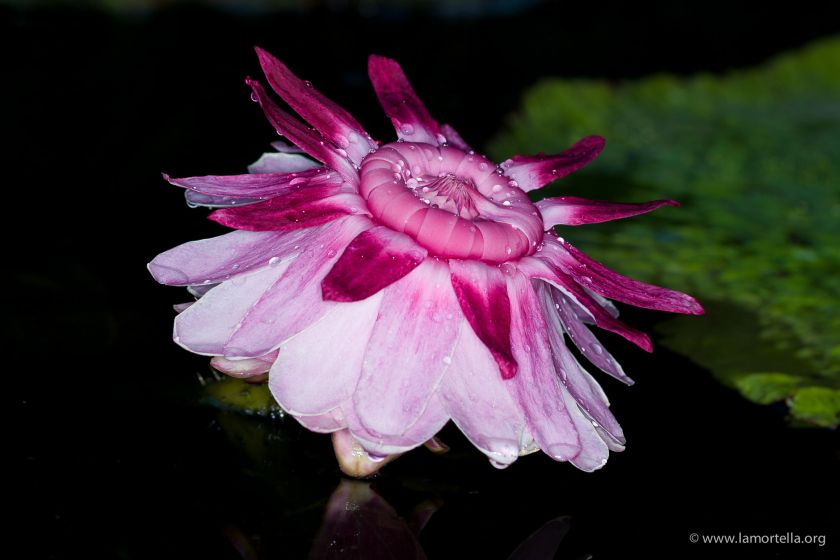 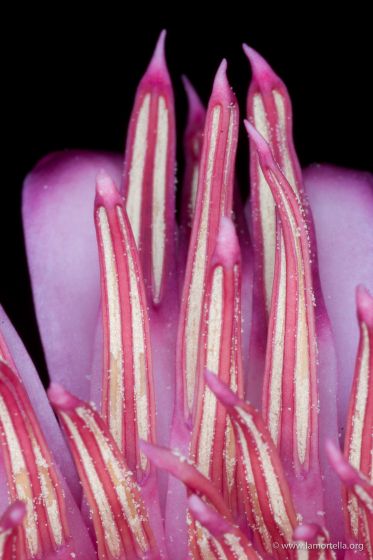 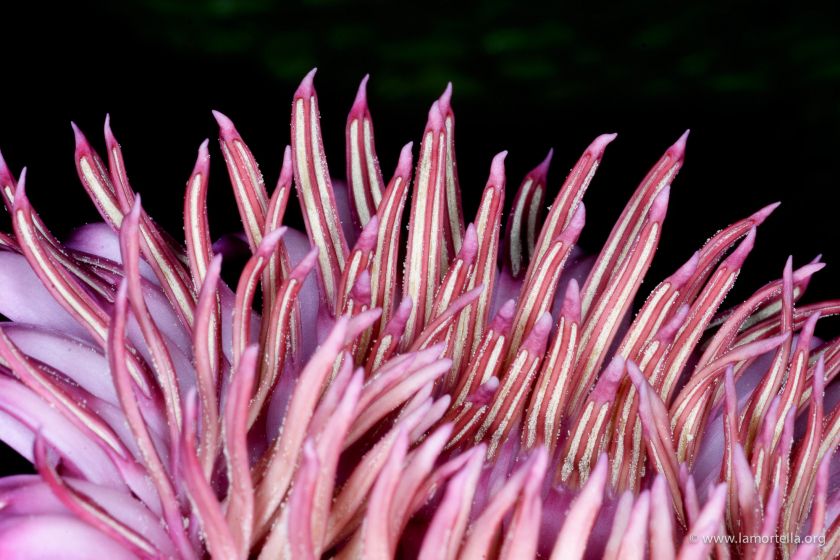