Beyond this natural landscape we are surprised to come upon a formal, symbolic garden, the Nymphaeum, surrounded by hedges .
A stainless steel pool lies in the centre of the Nymphaeum, reflecting the sky; this pool is known as the “Mirror of the Soul,” a reference to the initiation rites illustrated in the frescoes on the walls of the Villa dei Misteri in Pompeii. On one side of the Nymphaeum there is a small grotto in which sits a marble sculpture of Aphrodite made by Simon Verity. The sculpture lies across a rock from which a stream of water gushes. Opposite this sculpture there is a bench framed by two giant iron “ears” which symbolize the composer who derives inspiration from the world around him.

The third side faces out toward the panorama and the sea, while the fourth side houses another small indentation in the rock which contains bas-reliefs of Apollo and the three Graces, a reminder of Ancient Roman archeology on the island of Ischia. This magical place is Susana Walton’s memorial: her ashes are buried near the statue of Aphrodite, where a simple inscription reads "Susana Walton - genius loci". This Latin term meaning ‘the genius of the place’, refers to the presiding  spirit that gives a garden its unique flavor and soul: exactly what Susana was - and still is-  for La Mortella. 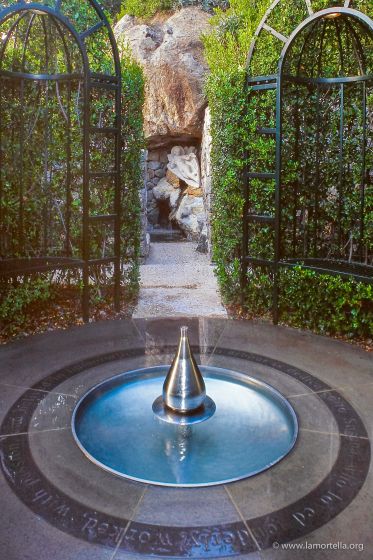 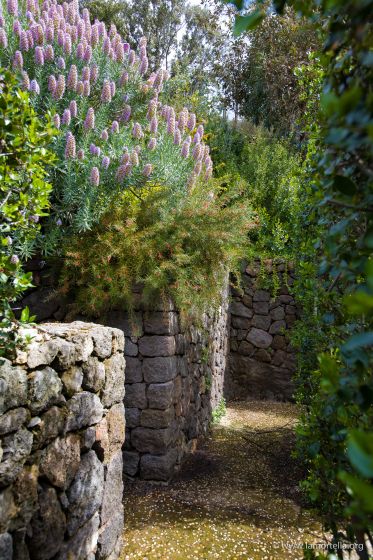 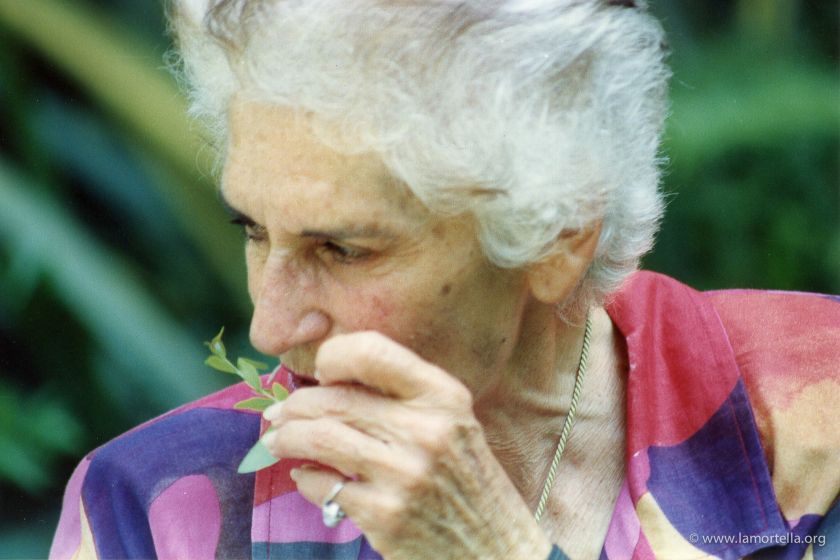 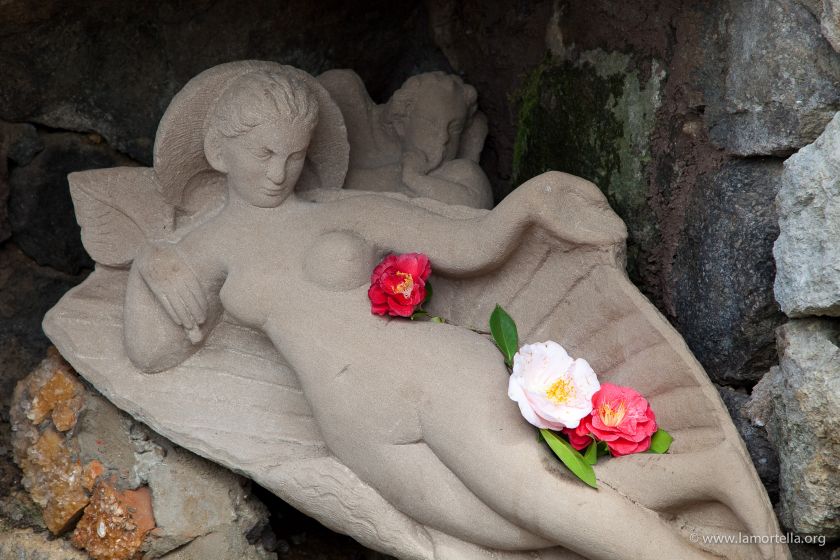 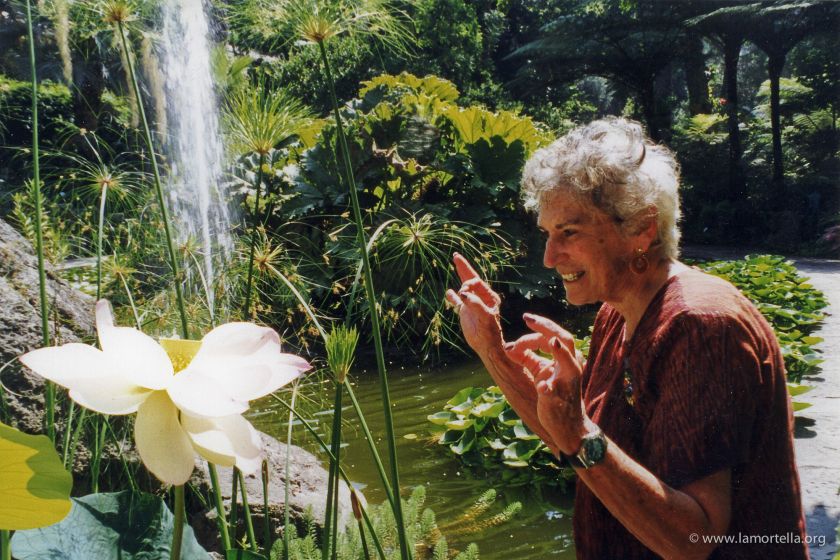 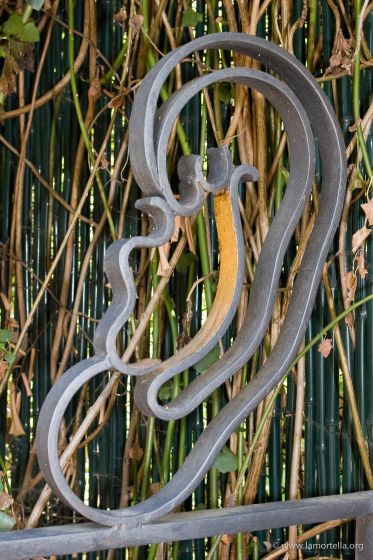 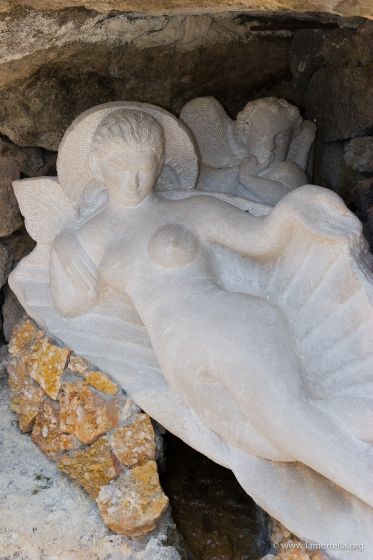 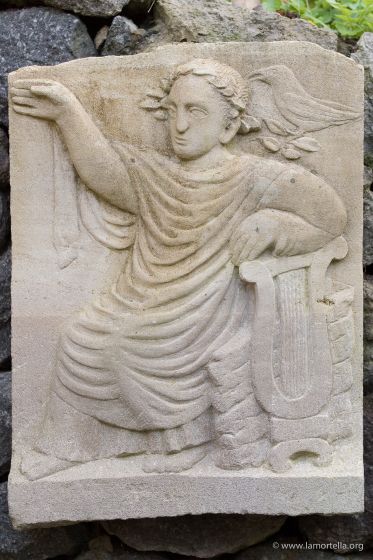 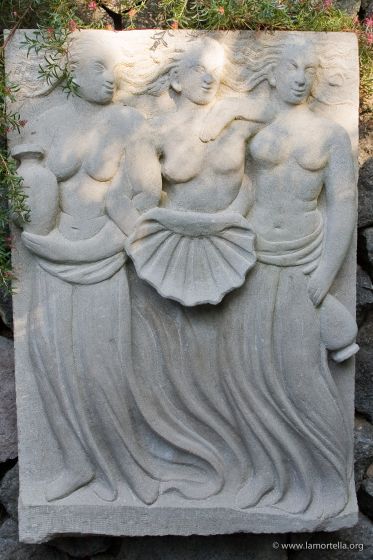 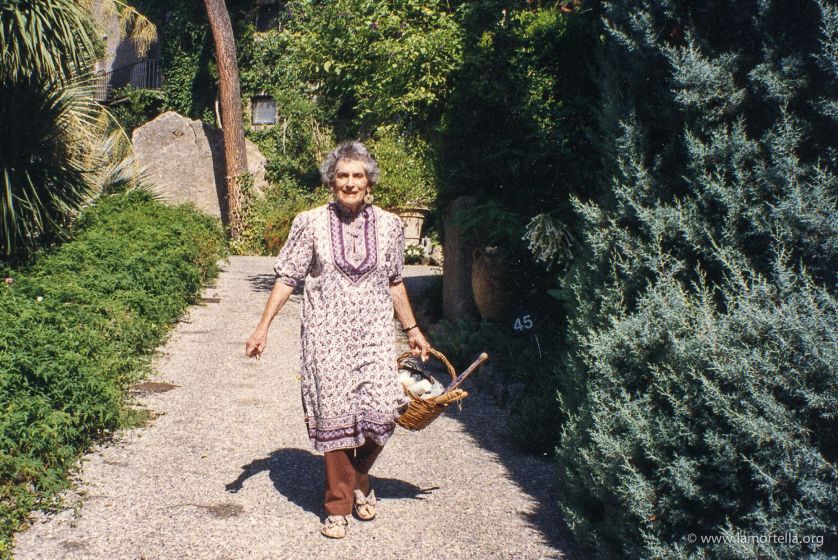